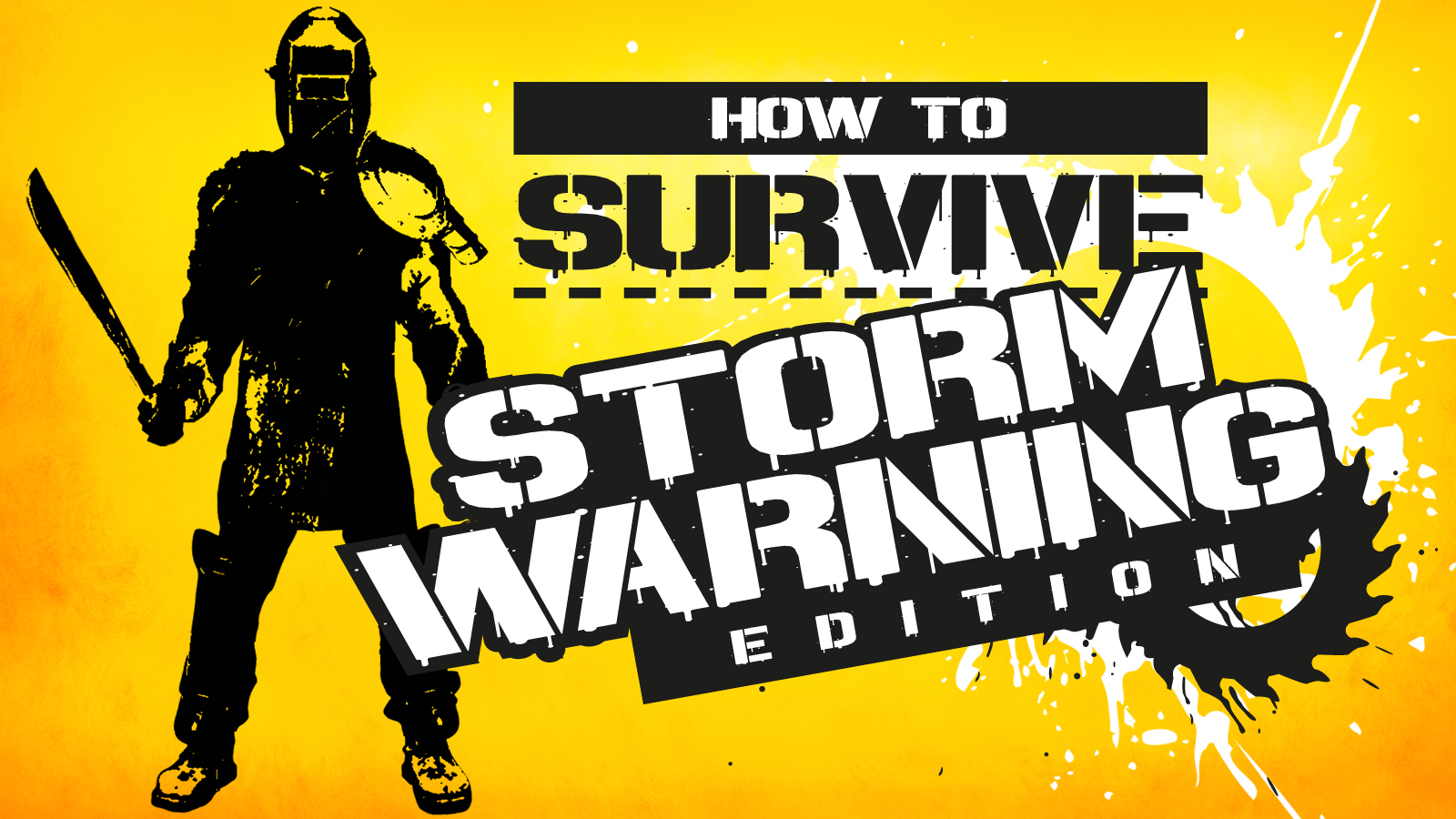 Originally released for free under the Games with Gold on Xbox One in October How to Survive: Storm Warning edition is a Top down, third person Zombie survival game that pits the player(s) against an Island of the Walking Dead. It’s a game best played cooperatively with a friend due to it being a proper hard as nails old school slash em up. It’s great fun, gory as hell and challenging from the off. You start cast ashore from a plane crash and have no weapons to rely on meaning you have to scavenge and combine weapons and natural resources to craft weapons, explosives and the most important of all, fire. What follows is a well scripted and brutally fun adventure that demands concentration and teamwork, it’s one hard as nails game that’s for sure. It’s also a very funny and richly rewarding game when you get it right and plow through the Zombie hordes like some gross Woody Harrelson robot.

Also on the Island are human survivors that you can help to earn XP and rewards that help to develop your character across the games rudimentary upgrade system. Combining weapons is pretty cool especially when you get a flexible stick, a reel of wire and some explosive to craft a rather effective Explosive Bow and Arrow. The game has multiple playable characters that each have their own strengths, weaknesses and unique skills that change up the gameplay. Abby for example is a versatile fighter who can you a Bow and guns, Jack who is good with guns and has the ability to get ammo and medicine drops from dead enemies. Kenji is good with bow and arrow especially when you combine it with fire making him both a lethal double hard bastard but a quiet efficient killer to boot. Last up is Nina a grade A firebug who excels at making shit burn and she can even craft her own Chainsaw which as you know makes everything better.

The Zombies you encounter range from the standard weak, slow moving Normal type through to the Boss Zombies that are a real full on challenge to conquer. In between you have the Soldier Zombie that has body armour and takes more punishment before dying. The Fat Zombie will be familiar to any Left for Dead players and letting one get close can result in a pretty quick death when they explode. The Boss Zombie resembles the Tank from Left for Dead instead of throwing lumps of concrete they throw Zombies instead and as you know Zombies make everything better!

Alongside the Character progression is a basic inventory system that stores the various plants, weapons and items you find during your time on the Island. It’s a fairly standard system that you have seen in dozens of other games but it’s well laid out and simple enough to use in a pinch. Some elements remind me of games like Silent Hill and Resident Evil especially hunting down the various flowers and plants that litter the island and combining them for maximum benefit. Combat your typical twin stick affair with movement and aiming controlled by the left stick and more accurate aiming with the right. This system works very well as the auto aim with melee weapons is just strong enough to prevent you constantly swinging and missing and ranged weapons like the Bows are fun to use and effective. I always preferred melee to the ranged weapons due to the games love of throwing multiple Zombie’s at you but the real stars of the show are the brilliantly conceived execution moves. Time them correctly and you carry out an instant kill move that lets you to suplex a zombie, roundhouse kick their heads off and many many more. They are deliciously brilliant, horrifically gory and bonkers.

I wouldn’t have minded paying for this game and getting it for free was a real bonus. Sure it’s one tough game but it’s a solid enjoyable experience especially when playing with a friend and despite numerous deaths we had a laugh and the challenge never seems too daunting. It’s not a game for everyone but stick with it and you’ll unearth a real challenging, fun game that begs to be played again and again